We can and must do better… 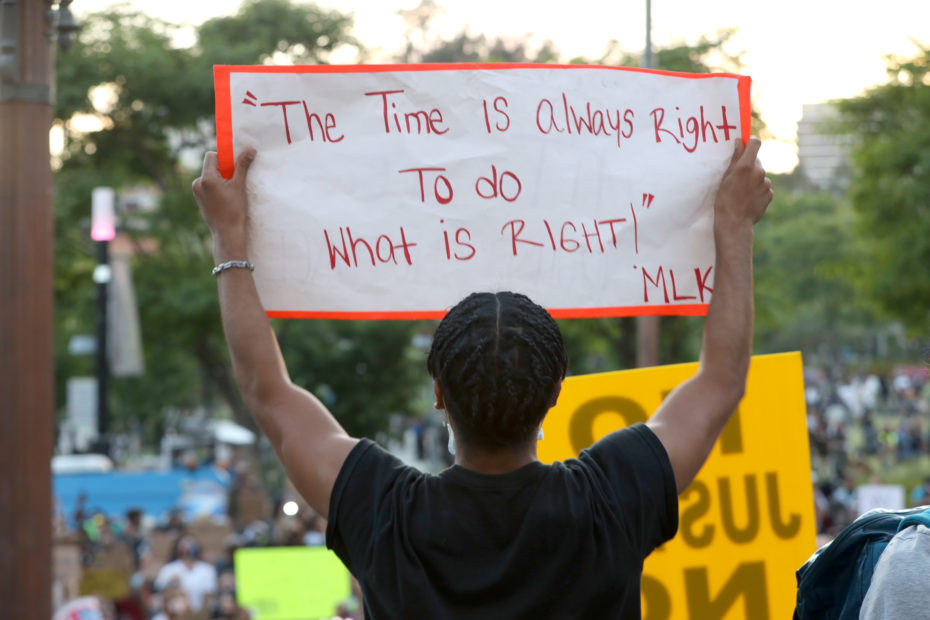 My life has been my work – and has been in human services – from the sixties on – working for the well-being of children, youth, adults and families and their communities.   I have never had a separation between my work life and my personal life.  I was born and brought up over an Italian restaurant – and our lives – work and personal were enmeshed.  Thus, my commitment to my life’s work and aspirations for a more egalitarian and caring society is greatly impacted and I am depressed by the current state of our national affairs.

In the sixties, when I started on this journey, I worked for Community Acton Programs and was arrested in 1964 when I worked with CORE and we were protesting police brutality in Brooklyn – nothing much has changed.  We were fighting for and supporting the aspirations of people and communities that have been left out for decades.  It is so troubling to see, that today, we are facing the same issues and challenges.

In the 70’s I taught an undergraduate course on Poverty – which was very enlightening for me as I did research on the history of poverty and reviewed historical writings around the perceived purpose it served  – this was, and still may be, believed by some religious leaders; politicians; corporate leaders; the military; etc. – that we need the poor – seeing the poor as “human capital.”  It is very interesting to note that one of the President’s economic advisors recently referred to the workforce as “human capital” – a fall back to the 1800’s view of the poor.   Add to that belief, the unrequited position of the white supremacy movement that truly believes that people of color are lesser human beings and they work to ensure the systemic realities that places people of color in a position of less access to education, safe housing, healthcare and opportunity, ensuring that they fulfill the prophecy that they are lesser human beings.  We are still fighting the core of the civil war – that people of color should not have equal rights – the belief that they are inferior and there are some who will make sure they manifest that inferiority to bolster white supremacy.

Strong influences on me regarding race in my youth and beyond include the works of Richard Wright’s Native Son and Black Boy; James Baldwin’s works Notes of a Native Son and Nobody Knows My Name: More Notes of a Native Son; and the book Black Like Me by a white journalist John Howard Griffin who had a treatment to color his skin and then went to the deep South (it was made into a movie around 1960 staring James Whitmore).

Also, a having a great impact on view of our country was Edward R. Marrow’s Harvest of Shame, a 1960 TV Documentary. In 1966 -70 I worked migrant camps in upstate New York’s orchards in the summers, recruiting migrant children for federally funded Summer School – because it was illegal for them to work in the orchards – but some of the area white farmers did not like the Government Summer Program for migrant children – and even one time shot at me as I was leaving my car to visit a camp.  The conditions described in the Morrow documentary and the racism described in the books were all still present in those days – and unfortunately in different “flavors” present today.

Today it is all coming to a head – as it did during the marches and protests of the 60’s, 70’s.  Today, we live in such a high stress time – the undercurrent and the “overcurrent” of racism – actual and systemic- continues to be present – a legacy from Reconstruction and before.  But the last few years have provided a breeding ground for it to grow and surface to a magnitude that can possibly overwhelm us.  Much like a disease there sometimes needs to be a fever – and to have it “break” so we can heal.  This fever has been persistent – at times a high grade and other times a low-grade fever – for hundreds of years.  Now, we will see if the fever finally breaks and healing begins – or in the worst case, the fever continues along with the deterioration of our culture.  We must do more than hope it will “break” – we can do better and we must do better.  We must hear each other and develop strategies to treat this disease through systemic changes – and differences that really make a difference.  We must challenge and wherever possible convince and hold accountable those that are driving this country forward looking through the rear-view mirror blind to the issues of inequality and the truth of White Supremacy that are right before our eyes.

Today, some are using the phrase “Defund the Police” as a key step.  That phrase is not clearly communicating the intent of reconsidering how we view and fund Public Safety.  For a short time in my career, I worked as a Public Safety Director.  From those four years out of my fifty plus years working – it was clear that Police are asked to handle things that are not Police issues.  I agree we need to really do a bottom up look at Public Safety and the budgets we have for law enforcement and find ways to make Community Policing work focusing on crime and safety.  And from that analysis, fund Police to do real police work – and then reinvest dollars into better Public Schools, Child Development Programs, Healthcare Access, Housing, Food Security and better responses to Homelessness, Addiction, Mental Health and Intellectual Disabilities- challenges that too often fall to the police, because the behaviors and attitudes that result from these conditions being underserved or all together neglected – are being addressed through 9-1-1 calls and Police are dispatched.

Police are being asked to handle things that are not crime related – nor situations they are trained to handle or have the power to address – and then these situations escalate to forceful actions, arrests and unfortunately too many times, the death of men and women of color.   “If all you have is a hammer, then everything looks like a nail.”

In the work I have been doing since the late 70’s on integrated approaches to health and human services – it is clear that the social ills of poor education, inadequate housing, homelessness, food insecurity, behavioral health (mental health, drug use/addiction, intellectual disabilities) and lack of easy access to healthcare have not been adequately addressed nor have the negative outcomes from not addressing these conditions and thus, behaviors that bring the police into the mix could have been and should be prevented.  When the fallout of these social ills happens, we hand it over to the police.  And as the “hammer” they are trained and supported in only one way to “pound those nails.”

So, it is a time to look at where our dollars are going and if there are better ways to invest those tax dollars that provide for a safer and a more egalitarian society with real hope and opportunity for those, these days, who live too much in the shadows.  So, when you call 9-1-1 police are dispatched to address policing issues and mental health workers, social services, domestic violence specialists, child protective services, housing code enforcers, etc. are dispatched for these other critical issues – not the police as the first response.  We need to finally address the core issues of these social ills – so maybe, someday, there are fewer if any calls to 9-1-1 for situations other than policing situations and more calls to 2-1-1.

I have the greatest appreciation of those who work in health, human services and education, they provide us hope and evidence that we can and will do better.  We need to fund, support and promote these real heroes as much as we do the critical role of first responders.